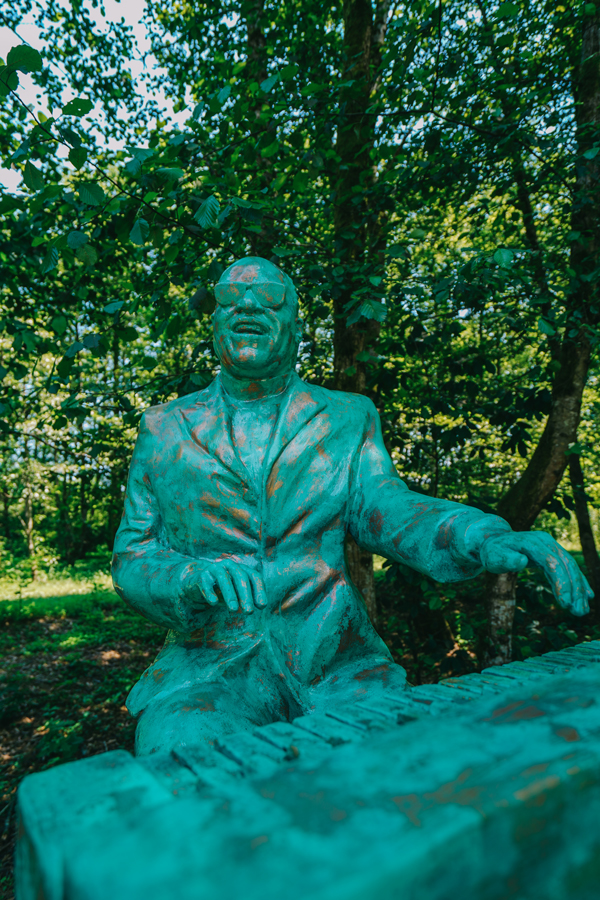 Stevie Wonder is a much-beloved American icon and an indisputable genius not only of R&B but popular music in general. Blind virtually since birth, Wonder's heightened awareness of sound helped him create vibrant, colorful music teeming with life and ambition. Nearly everything he recorded bore the stamp of his sunny, joyous positivity; even when he addressed serious racial, social, and spiritual issues (which he did quite often in his prime), or sang about heartbreak and romantic uncertainty, an underlying sense of optimism and hope always seemed to emerge. Much like his inspiration, Ray Charles, Wonder had a voracious appetite for many different kinds of music, and refused to confine himself to any one sound or style. His best records were a richly eclectic brew of soul, funk, rock & roll, sophisticated Broadway/Tin Pan Alley-style pop, jazz, reggae, and African elements -- and they weren't just stylistic exercises; Wonder took it all and forged it into his own personal form of expression. His range helped account for his broad-based appeal, but so did his unique, elastic voice, his peerless melodic facility, his gift for complex arrangements, and his taste for lovely, often sentimental ballads. Additionally, Wonder's pioneering use of synthesizers during the '70s changed the face of R&B; he employed a kaleidoscope of contrasting textures and voices that made him a virtual one-man band, all the while evoking a surprisingly organic warmth. Along with Marvin Gaye and Isaac Hayes, Wonder brought R&B into the album age, crafting his LPs as cohesive, consistent statements with compositions that often took time to make their point. All of this made Wonder perhaps R&B's greatest individual auteur, rivaled only by Gaye or, in later days, Prince. Originally, Wonder was a child prodigy who started out in the general Motown mold, but he took control of his vision in the '70s, spinning off a series of incredible albums that were as popular as they were acclaimed; most of his reputation rests on these works, which most prominently include Talking Book, Innervisions, and Songs in the Key of Life. His output since then has been inconsistent, marred by excesses of sentimentality and less of the progressive imagination of his best work, but it's hardly lessened the reverence in which he's long been held.