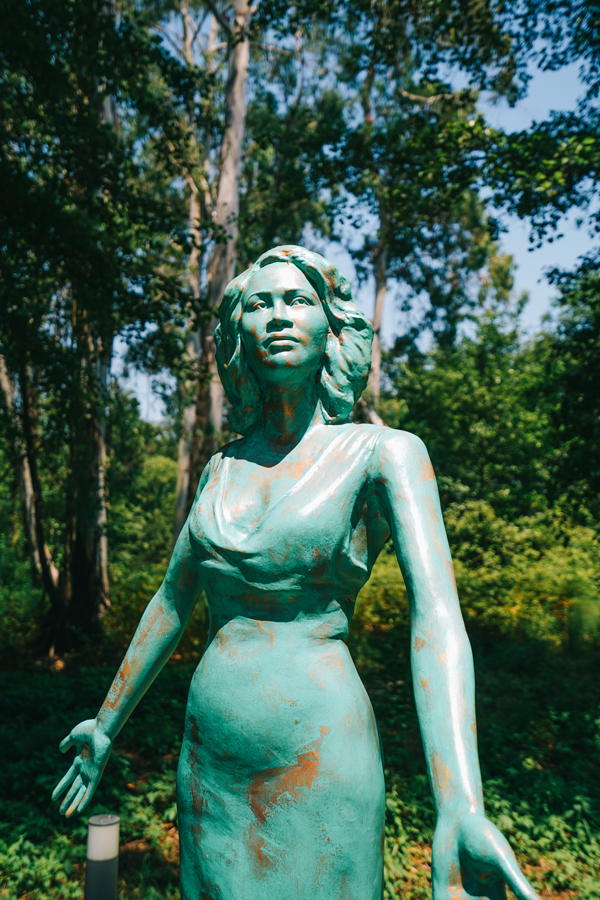 Whitney Houston was inarguably one of the biggest female pop stars of all time. Her accomplishments as a hitmaker were extraordinary; just to scratch the surface, she became the first artist ever to have seven consecutive singles hit number one, and her 1993 Dolly Parton cover "I Will Always Love You" became nothing less than the biggest hit single in rock history. Houston was able to handle big adult contemporary ballads, effervescent, stylish dance-pop, and slick urban contemporary soul with equal dexterity; the result was an across-the-board appeal that was matched by scant few artists of her era, and helped her become one of the first black artists to find success on MTV in Michael Jackson's wake.
Whitney Elizabeth Houston was born in Newark, New Jersey, on August 9, 1963; her mother was gospel/R&B singer Cissy Houston, and her cousin was Dionne Warwick. By age 11, Houston was performing as a soloist in the junior gospel choir at her Baptist church; as a teenager, she began accompanying her mother in concert (as well as on the 1978 album Think It Over), and went on to back artists like Lou Rawls and Chaka Khan. Her first single appearance was a duet with Teddy Pendergrass, "Hold Me," which missed the Top 40 of the Billboard Hot 100 -- but reached number five on the R&B chart -- in 1984. Houston's debut album, Whitney Houston, was released in February 1985. Its first single, "Someone for Me," was a flop, but the second try, "You Give Good Love," became Houston's first hit, topping the R&B chart and hitting number three on the Hot 100. Houston's next three singles -- the Grammy-winning romantic ballad "Saving All My Love for You," the brightly danceable "How Will I Know," and the inspirational "The Greatest Love of All" -- all topped the Hot 100, and a year to the month after its release, Whitney Houston hit number one on the Billboard 200. It eventually sold over 13 million copies in the U.S., making it the best-selling debut ever by a female artist. Houston cemented her superstar status on her next album, Whitney; it became the first album by a female artist to debut at number one, and sold over nine million copies in the U.S.
Like many of the original soul singers, Houston was trained in gospel before moving into secular music; over time, she developed a virtuosic singing style given over to swooping, flashy melodic embellishments. The shadow of Houston's prodigious technique still looms large over nearly every pop diva and smooth urban soul singer who has followed, and spawned a legion of imitators.
×
Congratulations
You Have Collected Shell