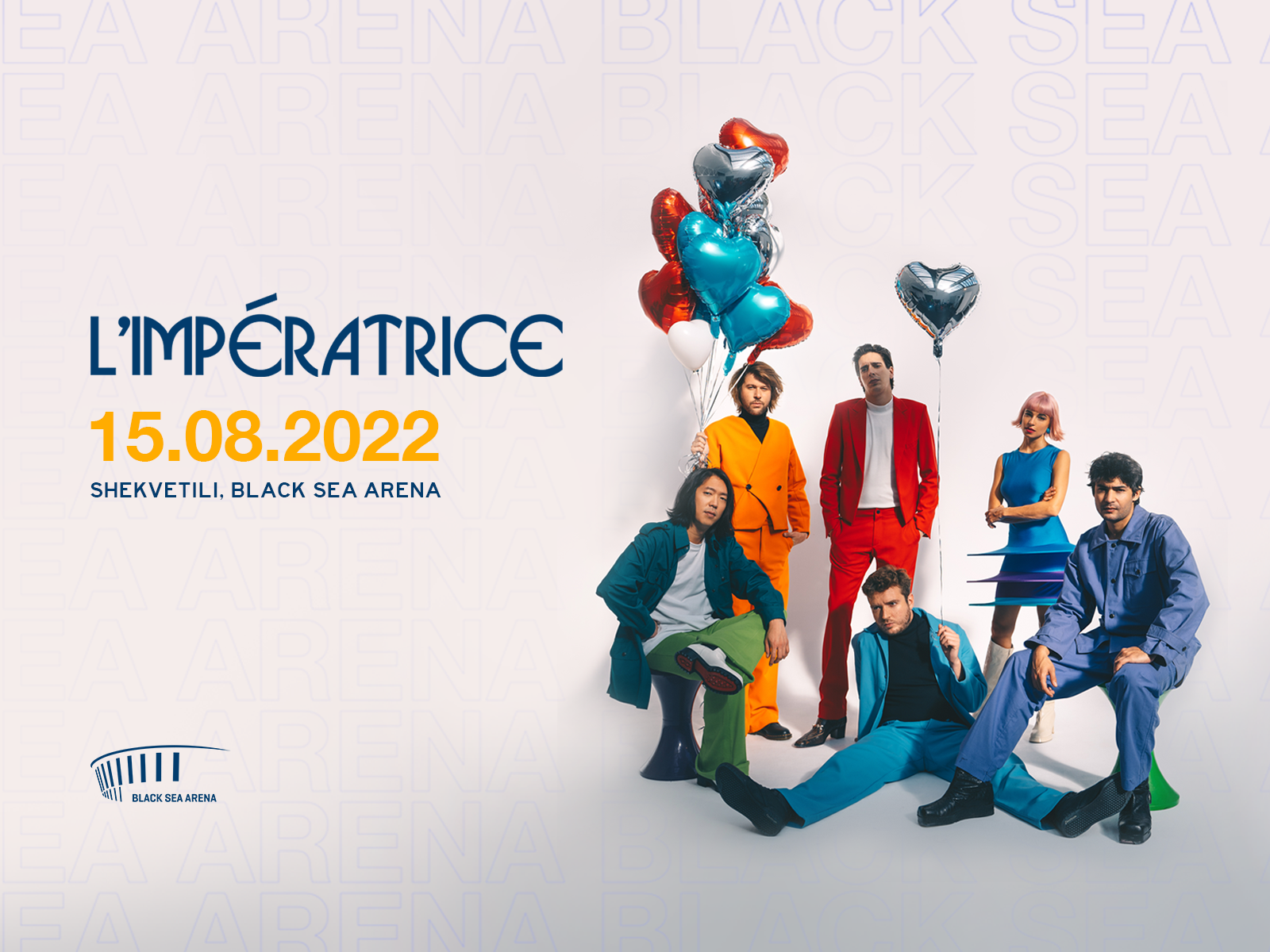 28.05.2022
ONEREPUBLIC
Grammy-nominated OneRepublic have announced that they’ll be embarking on a European tour later this year, with a huge run of dates in October and November.

07.09.2019
FOLKLORE FESTIVAL
International Folk Festival will be opened with joined concerts of Georgian and European ensembles on June 7 at Black Sea Arena. 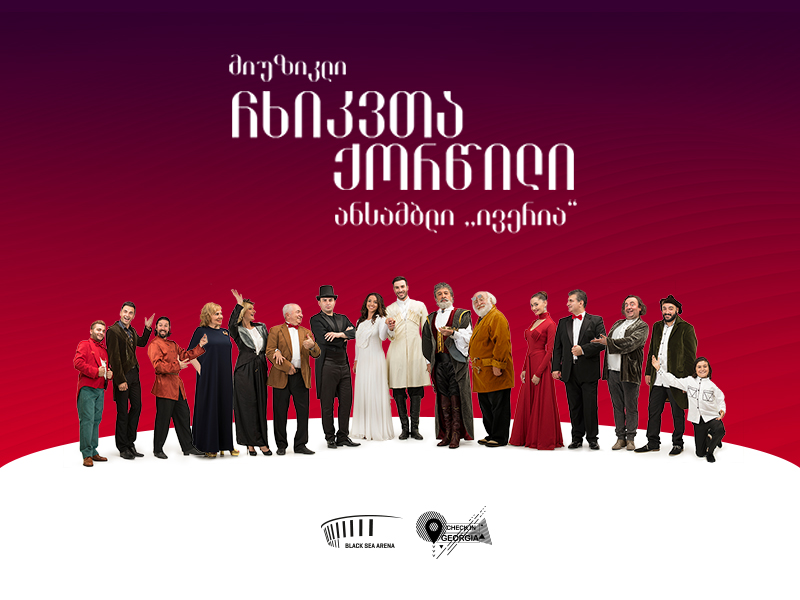 25.08.2019
OPERA GALA
Festival Verdi is held annually in Parma and Busseto, attracting millions of music lovers from all over the world. This year, the Festival will go beyond the borders of Italy, taking place in Georgia. 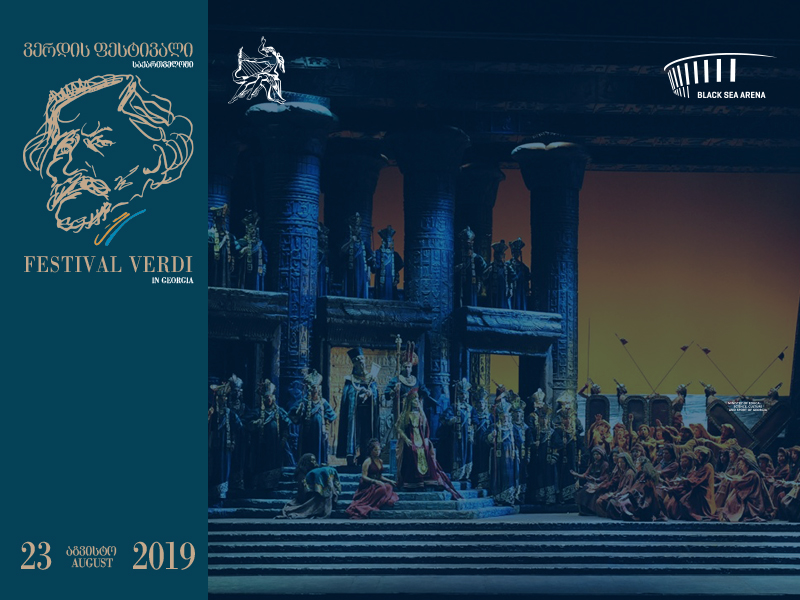 23.08.2019
Aida
Festival Verdi is held annually in Parma and Busseto, attracting millions of music lovers from all over the world. This year, the Festival will go beyond the borders of Italy, taking place in Georgia. 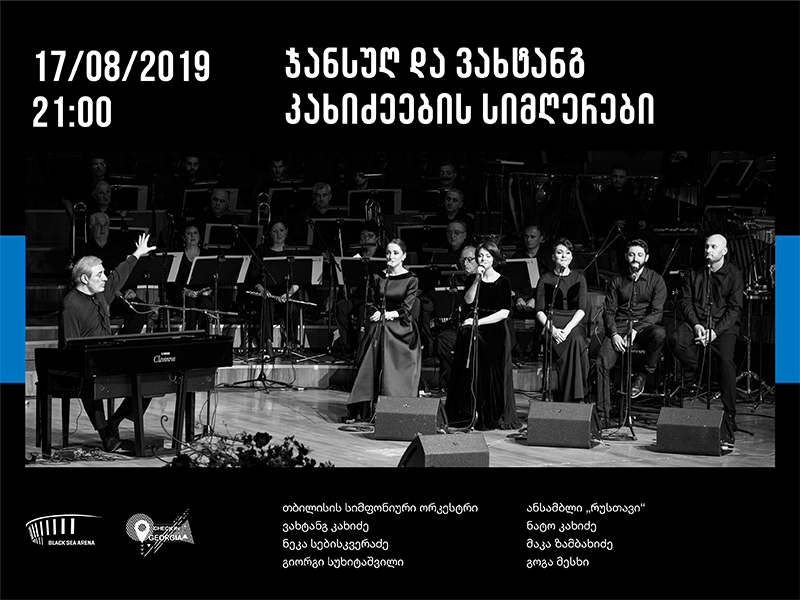 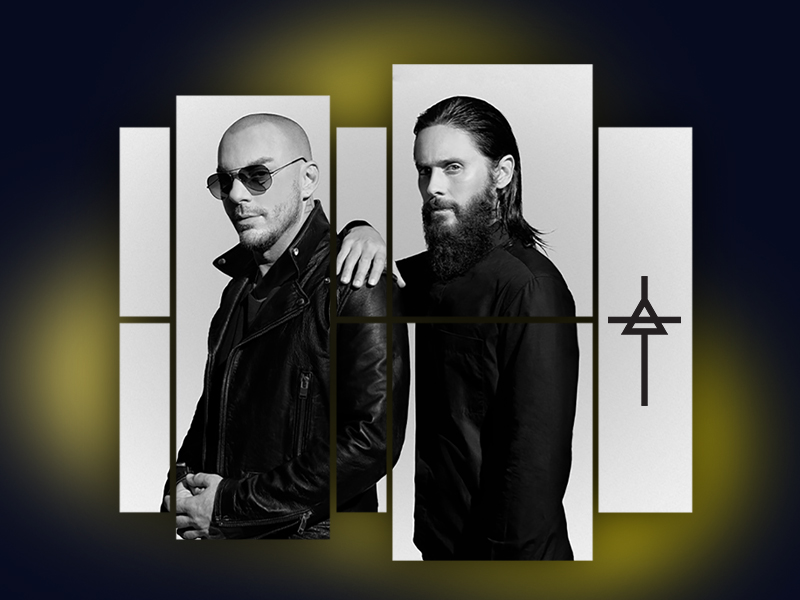 13.08.2019
Thirty Seconds To Mars
Thirty Seconds to Mars, comprised of Jared and Shannon Leto. hail from Los Angeles,CA. The band's eponymous debut album, 30 Seconds to Mars, was released in 2002 and remains a cult favorite. They went on to achieve worldwide success with the release of their second album A Beautiful Lie (2005), which sold over 5 million copies. Their next release was This Is War in 2009. The recording process of the album was marked by a legal dispute with record label EMI that eventually became the subject of the award winning and acclaimed documentary film Artifact (2012). Thirty Seconds to Mars then released the fourth album, Love, Lust, Faith and Dreams (2013), to critical and commercial success. The band has sold over 15 million albums worldwide and sells out arenas and stadiums globally. Thirty Seconds to Mars has received numerous awards and accolades throughout their career, including a dozen MTV Awards, a Billboard Music Award and a Guinness World Record for the Longest Running Tour in history. On July 4th, 2017, the band shot a documentary titled A Day In the Life of America. Including over 90 crews in all 50 states (plus Washington DC and Puerto Rico), the project captures American life in a single day. A Day in the Life of America is due for release in 2019. The band most recently released their fifth studio album, America via Interscope Records which debuted at #2 on the Billboard 200 Chart and #1 on the Billboard Rock Chart. 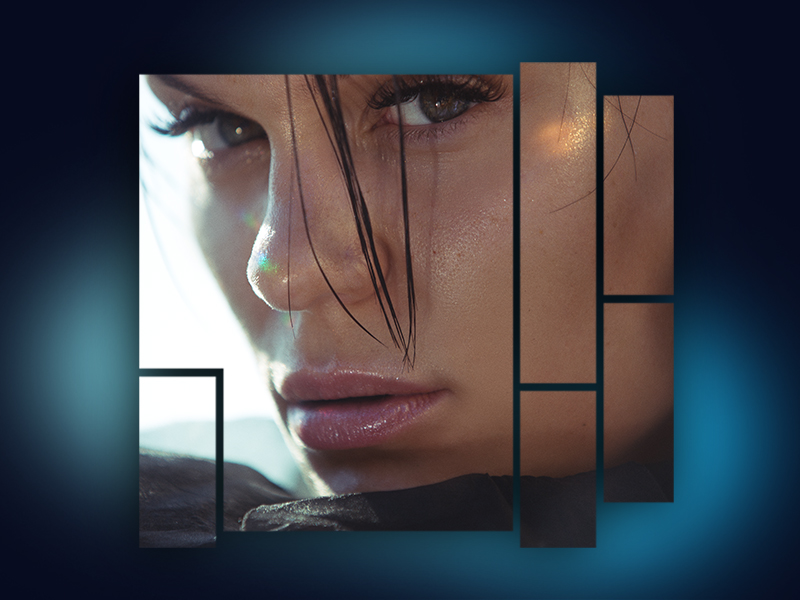 06.08.2019
Jessie J
“I really didn’t want to work on new music. I’m done." I remember saying it out loud. I couldn’t differentiate between the business and the art. What I wanted to give up was the business and forgot that the art could save me in all of it.” That is the confession of Jessie J—the multiplatinum-selling artist behind hits like “Price Tag,” “Domino” and “Bang Bang”—who was at a major crossroads after 2014’s Sweet Talker. And then, a song came to the rescue. A producer named DJ Camper played her the beat for what would become “Think About That,” a moody, meditation-type groove and a clear departure from her past two albums. Now six years after dropping her platinum-selling debut Who You Are—and winning the prestigious Critics’ Choice prize at the BRIT Awards —London-born Jessie J is readying her confessional new album R.O.S.E., to be released in early 2018. The title is an acronym for realizations, obsessions, sex and empowerment—all topics that will be explored in song. But the meaning behind that title goes even deeper. With DJ Camper (Nicki Minaj, Mary J. Blige and Mariah Carey) producing, Jessie J wrote the entire album herself, making this her most personal statement ever. Other standouts include “Not My Ex”—whose stripped-down soul puts Jessie’s dynamic voice right up front—and the empowering anthem “Queen,” which kicks some positivity on loving the body and skin you’re in. “I was so angry but passionate that day in the studio recording “Queen”. I was so fed up of seeing negative comments and these forever changing rules for women on what is set as beautiful and ugly. There is no such thing, we are all QUEENS. I wanted to write a song that represented all women. I know there will be women that would have never said these words out loud to themselves before. “I love my body, I love my skin, I am a goddess, I am a Queen”. That alone is so powerful. Whilst focusing on lifting up myself, it never left my mind the importance to uplift all women at the same time. So important to me.” Jessie J is back and stronger than ever. 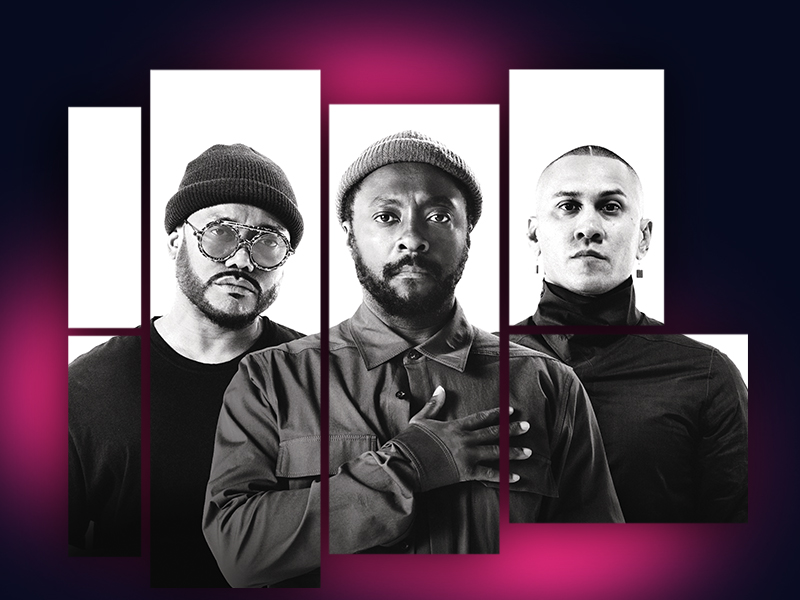 16.06.2019
Black Eyed Peas
Hip-hop group the Black Eyed Peas expanded beyond their conscious rap roots to become one of the most commercially successful pop groups of all time. The founding trio's career began modestly with a pair of albums inspired by the positive-minded likes of A Tribe Called Quest and De La Soul. Ignited by the Top Ten hit "Where Is the Love?" and the Grammy-winning party anthem "Let's Get It Started," the group scored three multi-platinum albums in 2003's Elephunk, 2005's Monkey Business, and 2009's The E.N.D. (Energy Never Dies). While still connected to Hip-Hop, the group's sound turned toward dance-pop -- a forward-thinking move that transformed them from underground favorites into a chart-dominating mainstream phenomenon. After an eight-year hiatus, the group reverted to its original lineup and Hip-Hop sound once again for 2018's Masters of the Sun Vol. 1.

19.05.2018
ENNIO MORICONE
Ennio Morricone is probably the most famous film composer of the 20th century. He is also one of the most prolific composers working in any medium. No exact figure is available, but he's scored over 500 films over several decades, plus many dozens of classical works. 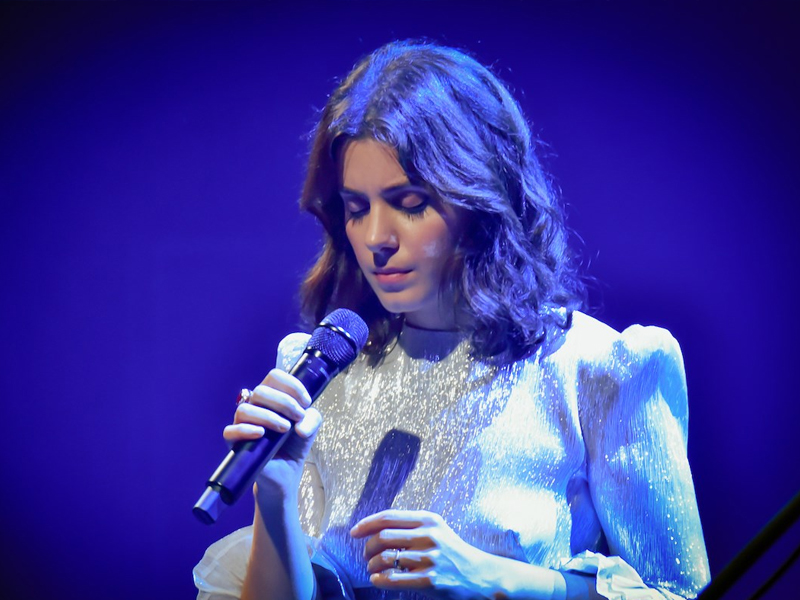 23.07.2017
KATIE MELUA
Plucked from music-school obscurity by songwriter/producer Mike Batt, Katie Melua quickly became the highest-selling female musician in the U.K., a feat that owed much of its success to her wildly popular 2003 debut.

20.05.2017
Aerosmith
Aerosmith was one of the most popular hard rock bands of the '70s, setting the style and sound of hard rock and heavy metal for the next two decades with their raunchy, bluesy swagger. 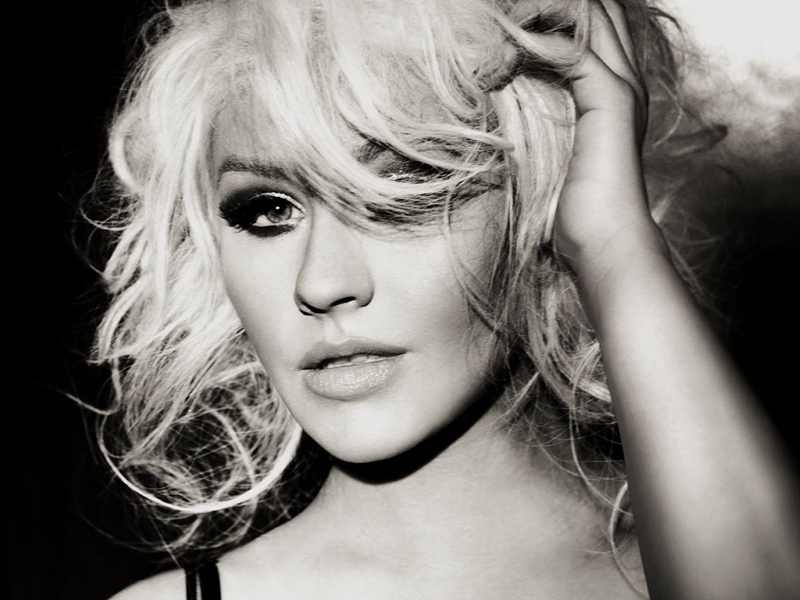 30.07.2016
Christina Aguliera
Christina Aguilera spun a late-'90s breakthrough into an evolving and genre-hopping career that focused on uplifting ballads and sexually liberated anthems delivered with her iconic voice.