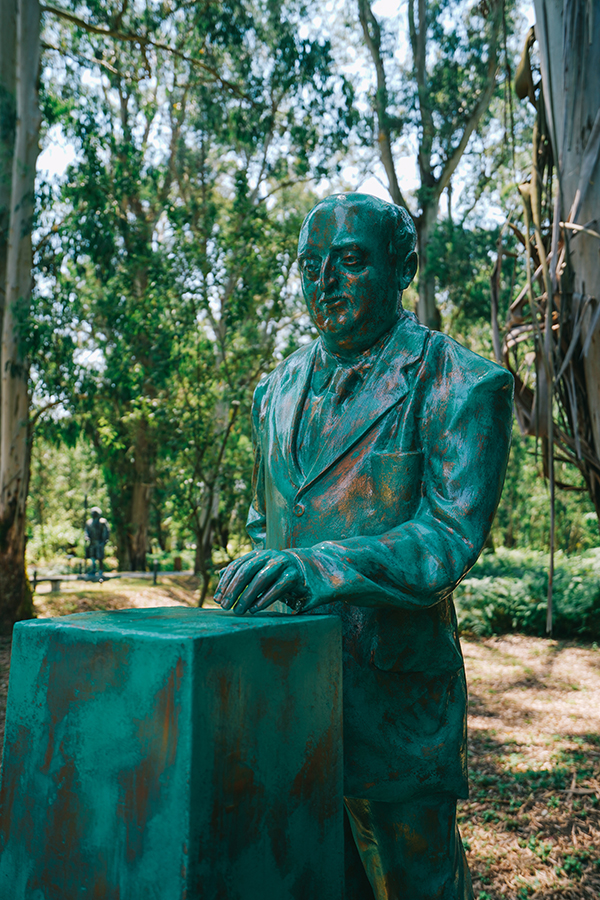 Revaz Laghidze was a famous Georgian composer who was born in 1921 in Bagdadi district. In 1939, he graduated from Tbilisi IV Music School, after which he continued his studies at the Vano Sarajishvili Tbilisi State Conservatoire. Initially, Revaz Laghidze played the violin in various symphony orchestras, and later he became the head of the music department of the Tbilisi Pedagogical Institute, at the same time he started teaching.

Revaz Laghidze worked with the same success on the works of different musical genres. He wrote the symphonic poem called "For The Homeland" (1949), symphonic play "Sachidao" (1952), musical comedies "Friends" (1951), "Komble" (1957), opera "Lela" (1973), several cantata songs for choirs ("The Song about Homeland", "The Ballade about Vine", "The Oda about Meskheti", "A Mokhevian Ballad"), for piano ("The Toccata") and cello ("The Poem", The Elegy") plays, one part cantata "Melis Vardzia" for mixed choir and orchestra, as well as music for more than 40 performances and more than 30 films. His most famous work is "A Song About Tbilisi" which is still popular.