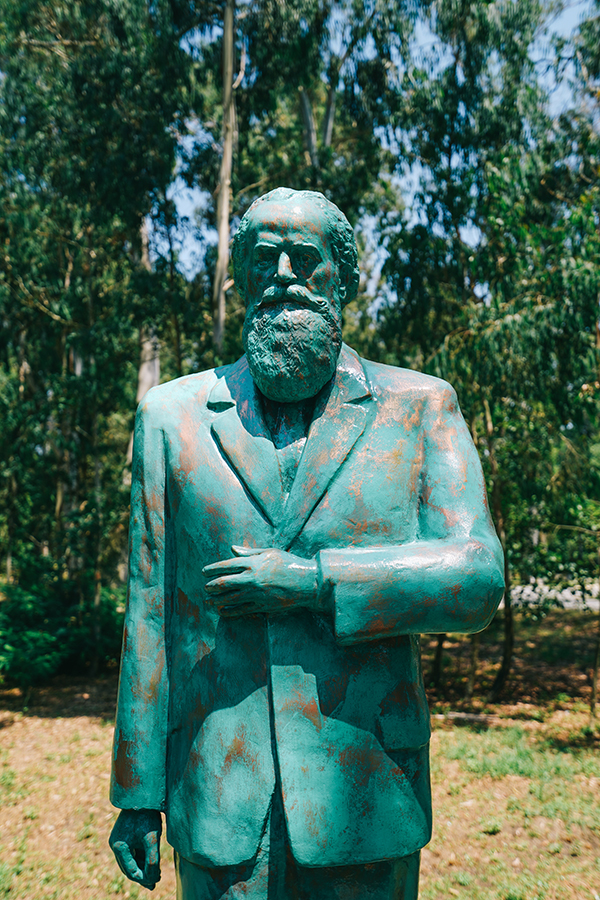 Philimon Koridze was a Georgian singer, teacher and folklorist who was born in 1829 in Samtredia district. In 1864-1872 he studied vocal arts with F. Ronkoni in Milan. Soon, he appeared several times before the audience at “La Scala” and was praised by Italian press. In 1872, Pilimon Koridze went on a tour to Europe and South America (Rio de Janeiro) and performed on multiple opera stages. He continued his work in Italy under the pseudonym of Corrigio. In 1881, he returned to Georgia and after becoming a soloist at the Opera and Ballet Theatre of Tbilisi, started actual public activity.

It can be said confidently, that Pilimon Koridze was first Georgian professional singer and one of the founders of Georgian Opera art, who also made a great contribution to the collection, recording and dissemination of Georgian folk songs and chants. In 1893, he went to Ozurgeti to record chants, where he stayed for more than one year and made 12 albums, which included a total of 5532 chants. Pilimon Koridze was the first Georgian musician who transferred Georgian polyphony into notes - his manuscripts are preserved in the National Center of Manuscripts; The caretaker of Georgian church chants and public figure, Saint Ekvtime (Estate Kereselidze) the confessor was his student. It was St. Ekvtime who saved Koridze's manuscripts, rewrote them, systematized and enriched them with new material. On December 20, 2011 by the decision of the Holy Synod of the Georgian Church, Pilimon was recognized as a saint. For his great service, Saint Pilimon Koridze was also granted the title of Psalm Singer.