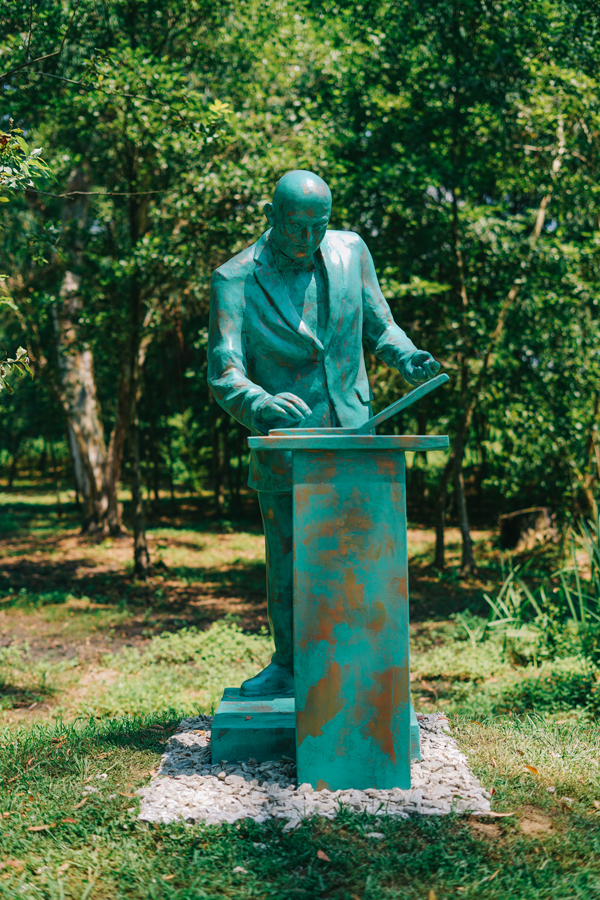 The 19th and 20th centuries can be freely referred to as the Renaissance of Georgian Culture where Zakaria Paliashvili was assigned a truly prominent role. Known for his innovative views and ideas, he was one of the outstanding representatives of his generation. The future composer was born into the family of Petre Paliashvili, a sexton of the Georgian Catholic Church, in Kutaisi, in 1871. Though the Paliashvilis had no musical instrument, some of Zakaria’s siblings displayed an inborn talent for music. At 8, Zakaria was admitted as a chorister to the Catholic Church choir. Soon he was attracted to organ music and learned to play the instrument. After moving to Tbilisi, he and his brother, Ivane, joined the Georgian Ethnographic choir created under the auspices of Lado Agniashvili.  Paliashvili made a name for himself as a public figure already in 1896. He totally immersed himself in collecting and exploring folk songs. He conducted ethnomusicological fieldworks throughout Georgia during which he made gramophone records of over 300 folk songs. Later he published transcriptions of traditional chants in two volumes. Folk music proved to be the greatest source of inspiration for his classical operas. In 1900 Zakaria became a student of the outstanding composer and professor, Sergei Taneyev at the Moscow Conservatory. Thanks to Taneyev, the future composer gained valuable insights into the west European musical culture and mastered the techniques of classical polyphony. While in Moscow he formed a choir of Georgian students and gave a number of Georgian folk music concerts.
He was invited as a teacher to the Tbilisi Music School and as a choir leader to the Tbilisi High School for the nobility. His dedicated efforts resulted in founding the Georgian Philharmonic Society. Zakaria was also invited to the Society for Georgian-language Performance of Operas where he conducted European operas translated into Georgian. In 1910, he began working on the gemstone of his operas – “Abesalom and Eteri”, for which the libretto was written by Petre Mirianashvili. Extracts of the opera were first performed in 1913 and caused an upsurge of interest among the Georgian society. “Abesalom and Eteri” went through many ordeals, and coincided in time with the death of his treasured son, Irakli. After Irakli’s death, the composer gave up writing music. But then he had a dream about Irakli asking him earnestly to resume working on the opera. The grief-stricken father decided to comply with his son’s wish. “Abesalom and Eteri” premiered on 21 February 1919. Paliashvili himself conducted it. The performance lasted for 6 hours and proved to be an unprecedented triumph. “Abesalom and Eteri” was the third opera, after Revaz Gogniashvili’s “Kristine” and Dimitri Arakishvili’s "Saga of Shota Rustaveli", to be put on the Georgian stage. However, the tribute for starting the history of the Georgian national classical opera should go to “Abesalom and Eteri” – due to its unimpeachable perfection and unique musical language.
In 1917 the first higher music education university in Georgia and Transcaucasia – Tbilisi Conservatoire was founded and Zakaria Paliashvili was entrusted to act as its director. “Daisi” is another greatest opera staged in 1923 where Paliashvili’s powers are at their height. Both operas scored a major triumph not only among his impressive works but also in the history of Georgian music, in general. Paliashvili’s career was suddenly cut short by a grave disease. In 1932 he was diagnosed of liver cancer. Confined to bed, he died on October 6, 1933. Zakaria Paliashvili is buried in the garden of the Tbilisi Zakaria Paliashvili State Opera and Ballet Theatre.
×
Congratulations
You Have Collected Shell