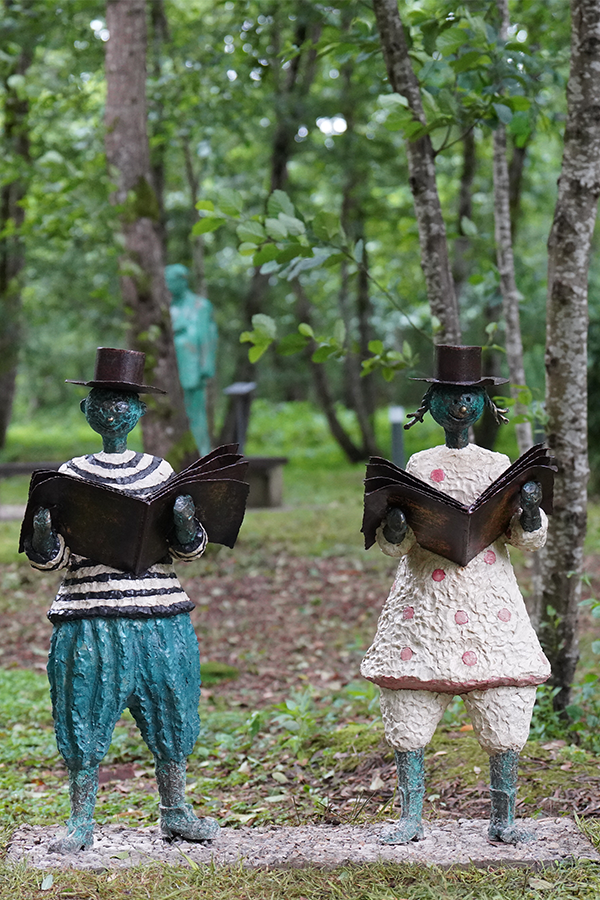 This is Ano and Vano,  the non-musical sculpture of Musicians’ Park, which was added to the park in 2022. Ano and Vano are not specific but rather general name that portrays every reader, especially young readers. Love for literature is an opportunity to develop imagination and discover different worlds, which is important for readers of any age.

The initiative to display this monument belongs to Levan Bujiashvili, a dear friend of the park, who gave the Musicians’ Park very valuable sculptures, including the well-known owls, cockatoos, and cranes. As Levan says, it is significant for him that children read and love to fall in love with the process of reading books, which became a source of inspiration for the creation of the sculpture.

The creator of Ano and Vano is a self-taught sculptor and has been creating sculptures since he was 4 years old. During this time, he presented thousands of his works to the public. Levan's miniature figures not only decorate the tourist places of Tbilisi but have been exhibited many times in different countries of the world.